This is megaloblastic anemia due to deficiency of vitamin B12, because of malabsorption, which is believed as an autoimmune phenomenon to gastric parietal cells and their products.

PA is more common in a temperate climate. It affects both sexes equally. It is rare under the age of 30; the average presenting age is 60 years.

These are of severe anemia:

Gastric biopsy Shows gastric atrophy affecting the acid and pepsin-secreting portion of the stomach and the antrum is unaffected. 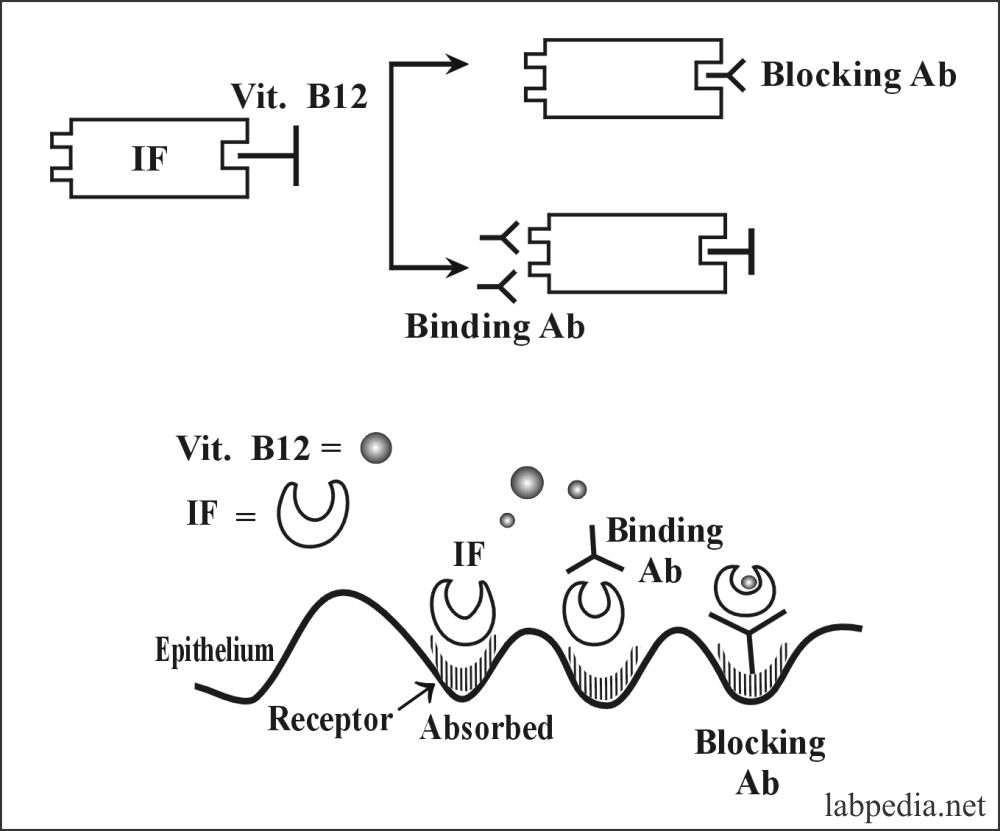 Vit-B12 replacement therapy corrects all but not the neurological abnormalities.

Patients with PA develop gastric polyp very frequently and there are more chances to develop malignant tumors of the stomach.

Autoimmune Haemolytic Anaemia may be :

Autoimmune Hemolytic Anaemias are due to:

Cold-Ab Autoimmune Hemolytic Anaemia: This may be:

Management of Autoimmune hemolytic Anaemia can be summarized as follows 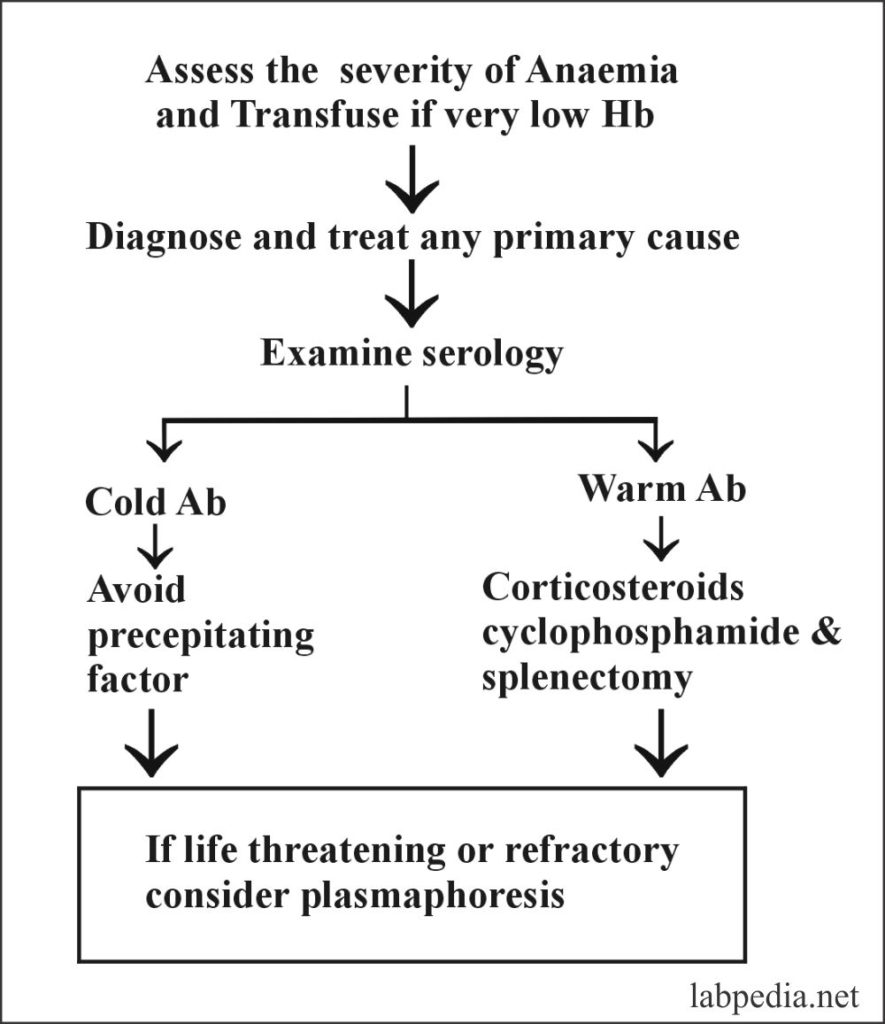 Mechanism:- There are three methods by which hemolysis can take place due to drugs. 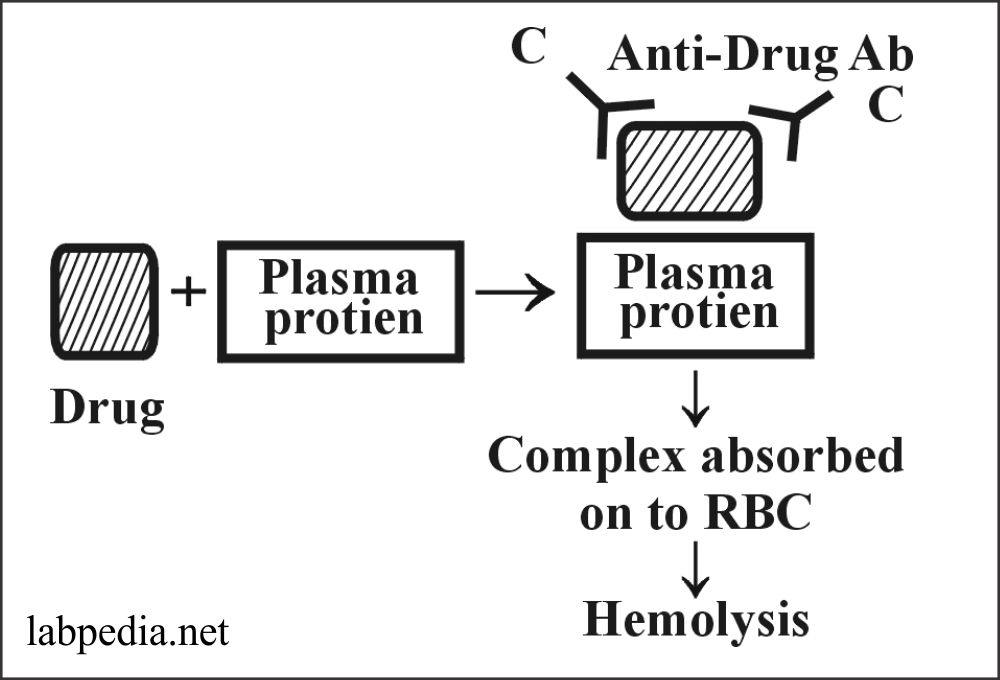