PSS is a generalized disorder of the connective tissue, characterized by fibrosis and degenerative changes in the blood vessles, skin, skeletal muscles, synovium, and involvement of the internal organs like kidneys, lungs, heart, and GIT.

PSS or scleroderma have various presentations. Eosinophilic fasciitis is also considered one of this type.

This is associated with various professions and drugs.

Types: It has two types:

Age: Third and fourth decades of age, but no age is immune.

The pathogenesis of  Progressive systemic sclerosis is based on the following changes: 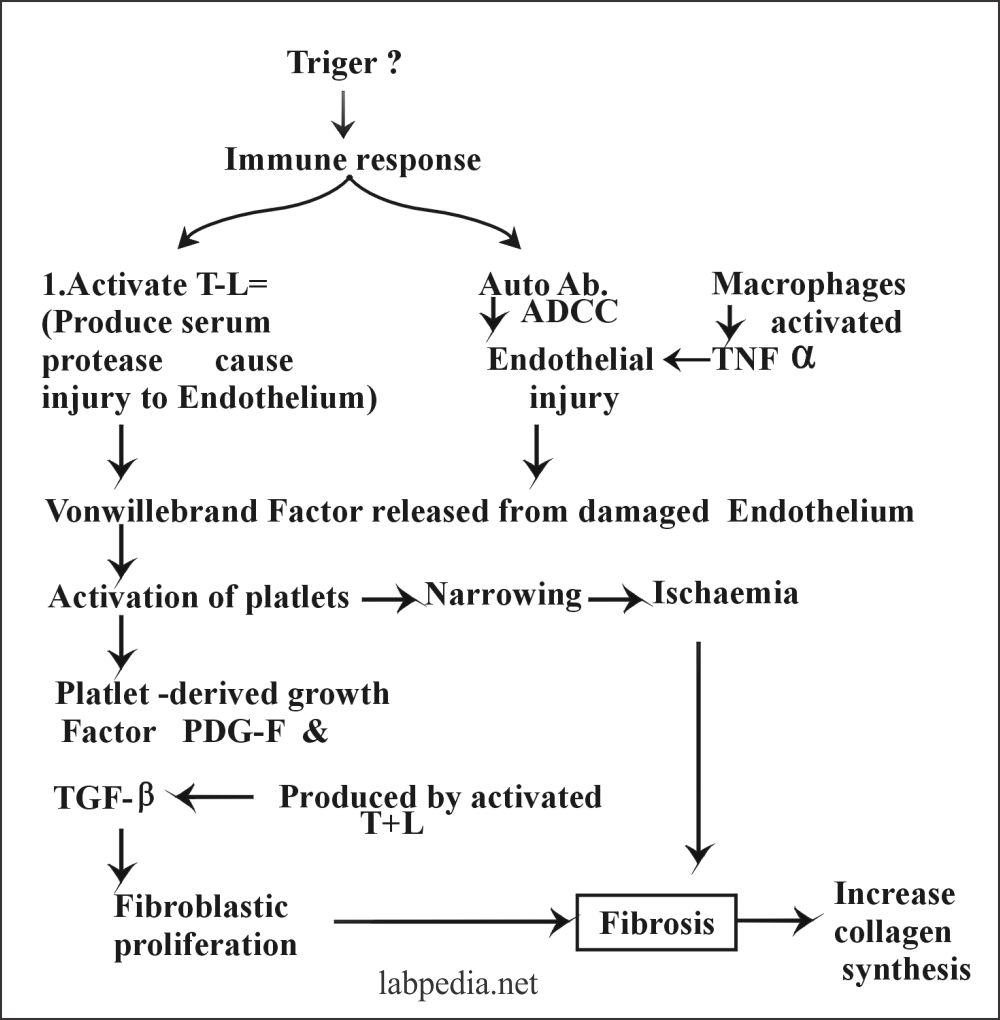 Fig 143: Mechanism of Fibrosis In PSS

Signs and Symptoms of PSS and Scleroderma:

Virtually all organs are involved.

Stage I: There is edema which is non-pitting and microscopically also show edema, perivascular lymphocytic infiltrate, capillaries and small arteries are thickened, and there is collagen deposition.

Stage II:  Due to an increase in collagen formation, wrinkles disappear. The epidermis becomes thin.

Stage III: This is the atrophic stage where claw-like hand, the face is drawn and mask. Microscopically there is atrophy of the epidermis and increase collagen. Calcification may be seen. 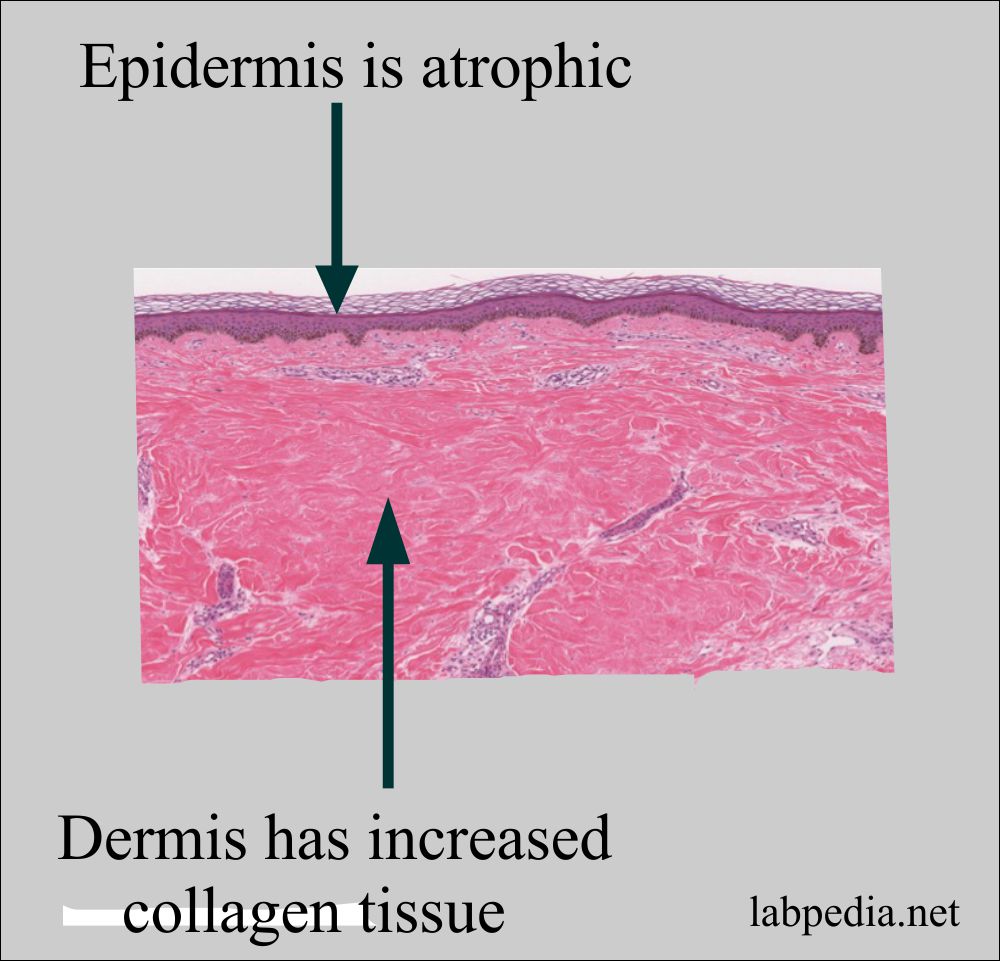 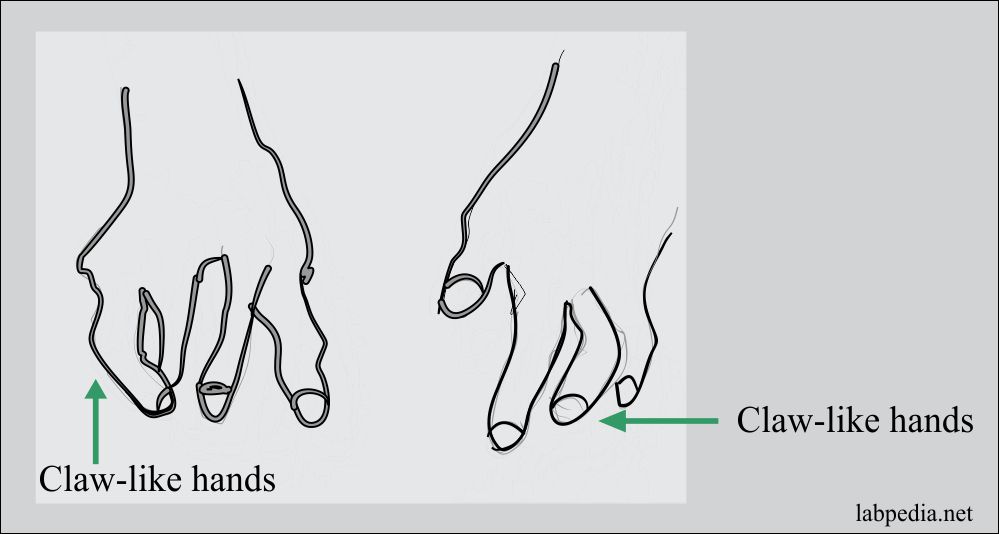 Skin involvement may be a part of CREST syndrome. Where:

Gastrointestinal involvement is seen in >50% of the cases. The esophagus show thin mucosa, frequently ulcerated, covers abundant collagen deposition in the lamina propria, submucosa, and serosa. The esophagus will show a rubber-hose appearance and is inflexible. There are mononuclear cells infiltrate. Similar changes are seen in other segments of the gastrointestinal tract.

There are inflammatory synovitis and fibrosis in the muscles.

There is diffuse fibrosing alveolitis.

There may be involvement in 2/3 of the cases. There is a thickening of the intima of interlobular arteries and fibrinoid necrosis of the intima and media of afferent arterioles. The patient may show hypertension in 30% of the cases.

These may show vasculitis.