Polyarteritis Nodosa is a disease that is characterized by swelling of the medium-sized vessels, associated with fibrinoid necrosis and inflammatory infiltrate representing non-infectious necrotizing vasculitis. As a result, there is aneurysm formation and vessel occlusion.

Pathogenesis: – It is unknown. It may be due to hypersensitivity to:

The mechanism of injury is a type III hypersensitivity reaction.

The affected vessels show fibrinoid necrosis of the vessel wall with intense infiltrate of lymphocytes, plasma cells, and macrophages.

There is symmetrical involvement, which gives a nodular aneurysm called Nodosa. Common complications are thrombosis and infarction.

Aggressive therapy with corticosteroids and cytotoxic drugs are needed to control the disease.

With aggressive therapy 5 years, survival is more than 60%.

Rheumatic Fever may be:-

This is a disease of children.

It is a type III immune-complex disease. 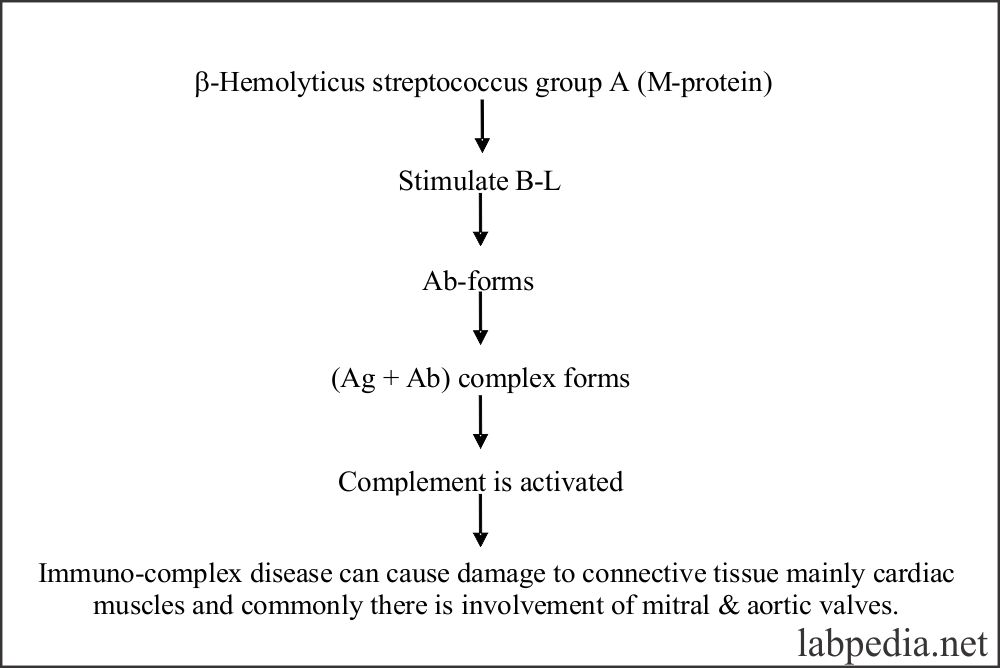 In some cases, only the kidney is involved. It starts as acute and becomes a chronic disease.

The earlier lesion is Aschoff’s Body. These are seen in the interstitium of the myocardium close to coronary arteries. Mitral and aortic valves are commonly involved. The cause of heart failure in acute cases is not known.

In some cases, lungs may be involved and patients may develop pleurisy. Arthritis does not cause crippling disease in the patient.

In the kidney, there is diffuse proliferative glomerulonephritis occasionally with crescent formation.

The complication of rheumatic fever is chronic heart disease and poststreptococcal glomerulonephritis.

This is a systemic vasculitis, associated with a granulomatous lesion in the upper and lower respiratory tract usually preceding the onset of glomerulonephritis. This condition was first described by Friedrich Wegener.

It is seen in late middle-aged males and the elderly.

It is more common in males.